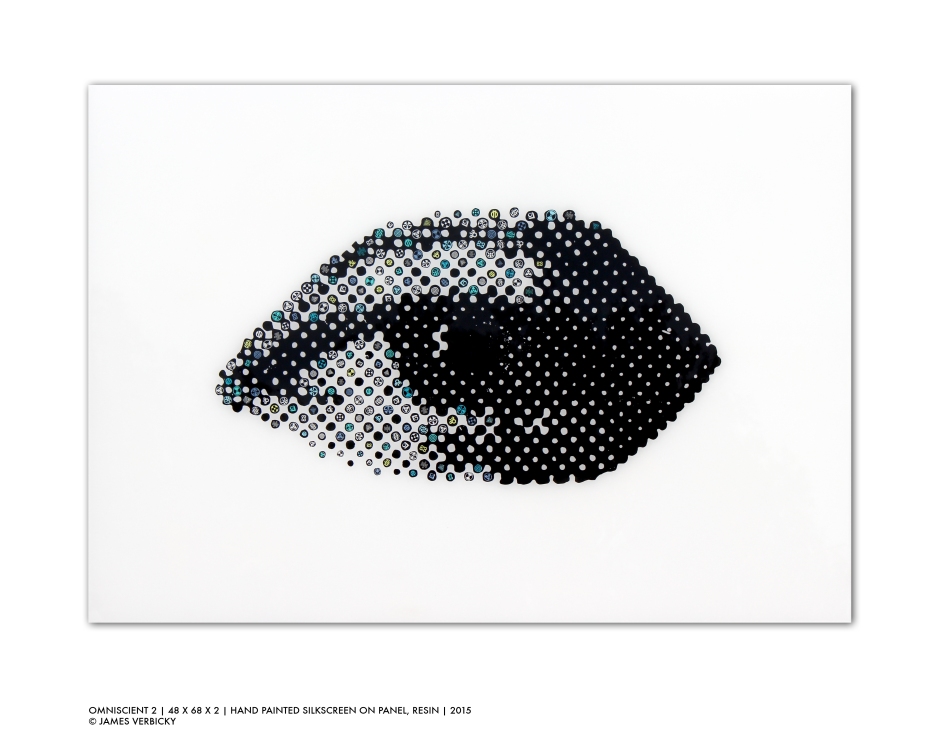 Viewed from afar, James Verbicky’s new series appears to be a common, perhaps even classical human eye, emphasized in art since the earliest of times. Up close, the viewer discovers it is in fact scattered with strange symbols, some pre-existing and some “jibberish” the artist himself created. Verbicky’s oft-used themes of the daily, relentless bombardment by media come into play here: the powerful roles that brands and icons play in influencing us to consume, to buy, to use in the construction of social identities and in social class and status. Perhaps this eye is like Big Brother, a faceless force in our world that watches and influences and drives us in unseen and subtle ways.

Produced by the artist in collaboration with master printmaker Richard Duardo, who has collaborated in creating works with artists such as Banksy, Shepard Fairey, David Hockney and Keith Haring, among others.